Since 1999: Oldest dark event in Ukraine, Russia, Belarus and the whole ex-USSR.

We celebrate our 16-years-anniversary! Everybody is sincerely invited.

(in english: Children of the night)

Statuses of the festival:

Deti Nochi: Chorna Rada” gathers best bands, DJ’s, promoters and thousands of lovers of gothic / dark / electro scene from the ex-USSR: Ukraine, Russia, Belarus and Baltic States. The festival keeps developing the same position in slavic region as the biggest gothic festivals of Germany (Wave Gotik Treffen, M’era Luna), Poland (Castle Party) and in other countries do, gathering tens of thousands of people from the different parts of the world. Bands, VIP’s & DJ’s from Europe, USA and Japan are traditional guests of festival every year as well.

The festival “Deti Nochi: Chorna Rada” is the oldest festival of gothic/industrial scene in ex-USSR, the one, which managed to gather ultimatively big number of visitors from the beginning, in the end of 90-ties. That’s why it is labeled as “biggest gothic/dark event of ex-USSR” and “dark slavic gathering”.

History of the festival goes to 1999 when it was first originally planned and realized with around 2000 of fans visiting the event and first goth / industrial bands playing there.

In USSR “gothic” or related issues were prohibitet, so there was no scene at all. After the breakdown of Soviet Union in 1989 the gothic / industrial scene of Eastern Europe developed tremendously . In early 1999 it became possible to organize first events for some thousands of audience. Unfortunately, each national independent scene (e.g. Ukraine, Russia, Belarus, Baltic States) developed isolated, but the demand grown for one common event gathering all together. Thus, in 1999-2000 the Chorna Rada 1 was made attracting attention of the whole region.

The place for festival, Kiev-city is also a rightest choice, because Kiev is historically acknowledged as “cradle” of such slavic nations as ukrainians, russians or belorussians.

Nowadays, “Chorna Rada: children of the night” is established the central slavic gothic / dark / electro event, that presents annualy the best bands from Ukraine, Russia, Belarus and rest of Eastern Europe in Kiev. The place to come for lovers of gothic, industrial, cyber and dark romance from different neighboring countries of region, who visit the festival.

Thank you for your support!

Be our friend, stay with us in touch and join us online: 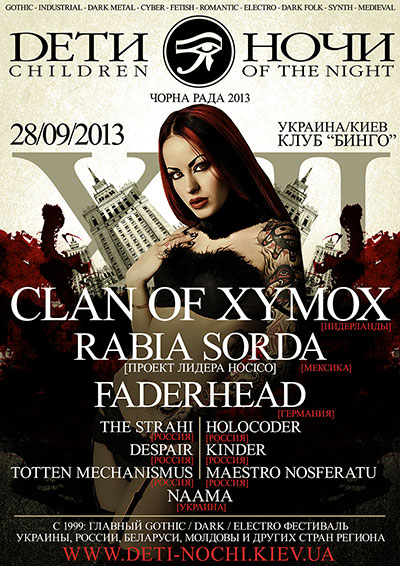 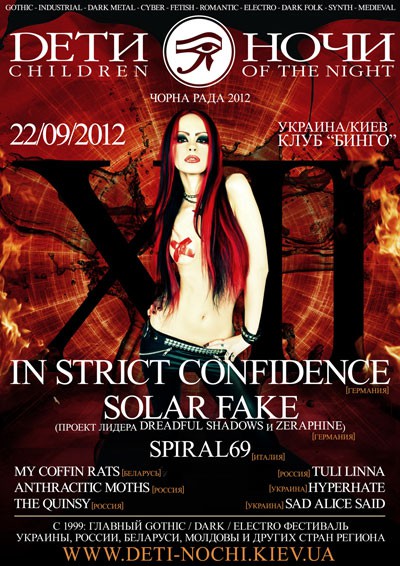 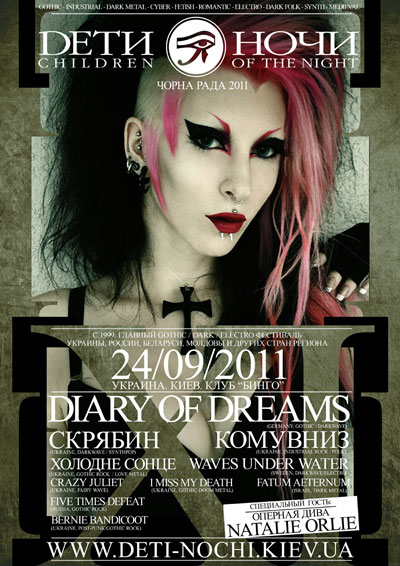 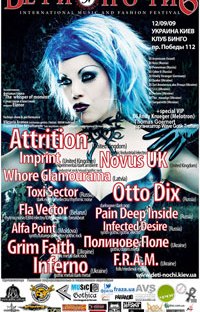 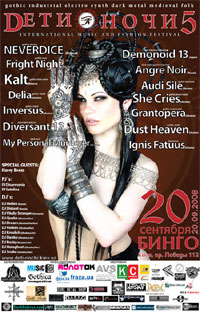 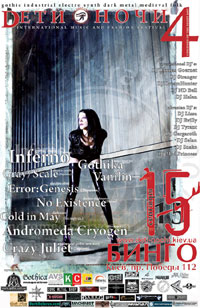 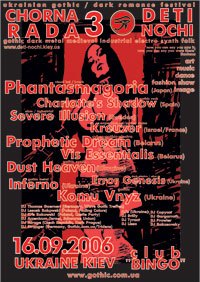 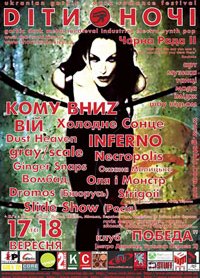 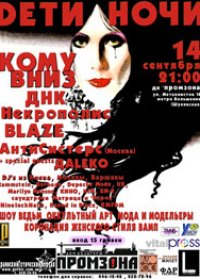 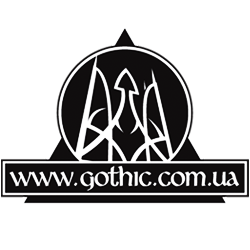